“This past week Melbourne has been playing host to the Internet of Things Festival – a hackathon and conference that spans four days and has attracted leading tech professionals from across Australia and the world. The WIT club was grateful to receive a few invites to the conference so that we could get a glimpse of what’s happening in the world of IoT. Spoiler alert: there’s lots happening!

The conference ran across two rooms so that attendees could “choose their own adventure” with the seminars on the agenda. The morning sessions were presented by representatives from industry leaders such as KMPG, IBM, Bosch and Microsoft. We were introduced to the concept of IoT and invited to explore a projection of a connected world of smart homes and cities, where devices could learn to understand and predict our needs. However, we were also encouraged to discuss whether IoT would be the paradigm shift it promises, or whether it was just hype. This theme was explored throughout the day, with presentations that zoomed in on specific applications, such as supply chain logisitics, agriculture and automotives – all while considering a broader scope on IoT.

As an emerging field, there are still kinks to be ironed out, and it was great to see these discussions taking place, along with some potential solutions. Specialists from network and service providers such as Telstra and Thinxtra talked about the security challenges of IoT and how they could be managed with emerging technologies and standards. A panel session on business applications for drones quickly became entangled with a discussion of privacy and ethics led by Sara Smyth, law professor at La Trobe University.

I think Gavin Smith, President of Bosch Australia, gave a great summary of the rise of IoT: “collaboration is the new black”. As more and more devices are being connected to the IoT, it’s important that devices/platforms/companies work together to achieve ubiquitous connection and a repository of useful information. Smith gave the example of a Bosch product, “smart parking”, in which a community of cars are able to detect empty parking spaces as they drive past them, which then constructs a map to help drivers who are looking for a park.

We’d like to thank the IoT Festival for a great experience! If you’re interested in learning more about IoT, head over to IoT Alliance Australia’s site, where you can keep up to date with news and events.”
http://www.iot.org.au/ 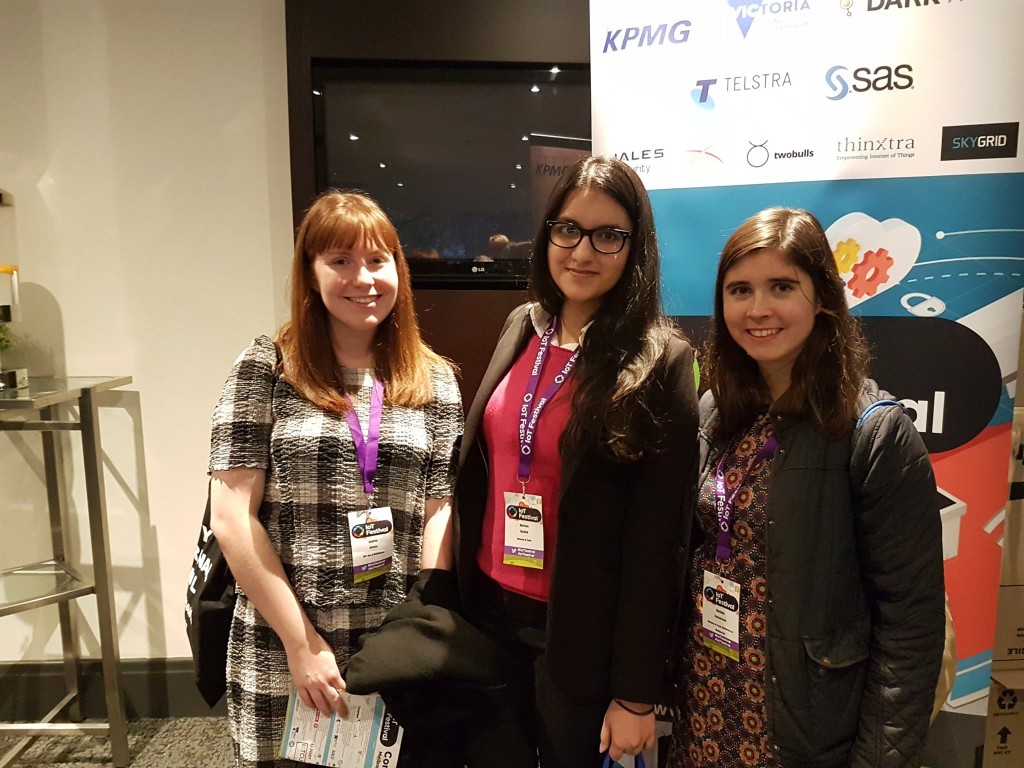